Through Visual and Performing Arts, our students are encouraged to express their creativity and gifts. Many of our performing arts students have won regional Emmy awards, appeared on network television shows, signed recording contracts and worked on major motion pictures.

Fine Arts Mission Statement - To assist students in finding their God given talents and empowering them to use those talents for His glorification. 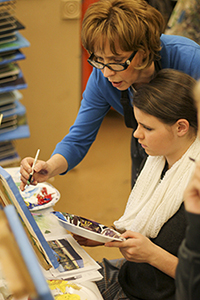 The Visual Arts Program at Nashville Christian School guides students in a “hands on” discovery of the arts. They will learn that visual art is a universal tool for communication and understanding. Through the producing and studying of art, students will gain a better understanding of God, themselves and others. They will learn to develop thinking and verbal skills through project discussions and critiques. Art helps to form connections between other subjects as well, such as descriptive communication in language, experimentation in science, the awareness of patterns in math and connections to historical times and places. Our visual arts program has been recognized locally and regionally through: 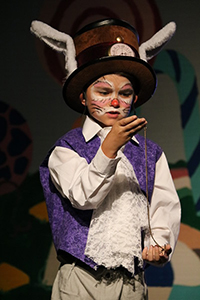 The Performing Arts Program emphasizes a quality stage experience for both the performers and the audience in drama, music, and chorus. Nashville Christian performing arts students have also garnished local and regional attention through: